A pilot, offering smokers and ex-smokers free health checks and on-the-spot scans, has quadrupled the number of lung cancers diagnosed at an early stage. The approach targets lung cancer testing at populations who are most at risk, using mobile scanners and teams in everyday places such as supermarket car parks. 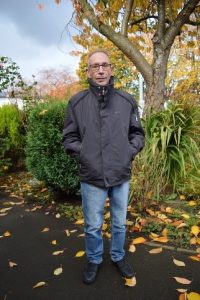 Michael Brady, 64, was diagnosed with early stage lung cancer after having a scan while out shopping. “I wasn’t there long – only 20 minutes – and within a week I had an appointment at the hospital. This lung scan saved my life.”

The on-the spot-scan was received as part of a pilot programme that checked more than 2,500 smokers and ex-smokers. The free health check discovered 46 cases of cancer. Of these, 80% were early stage one and two diagnoses. The pilot quadrupled the early diagnosis rates for lung cancer in Manchester.

The scheme, funded by Macmillan Cancer Support and the Manchester Clinical Commissioning Groups through the Macmillan Cancer Improvement Partnership, was rolled-out across the whole of north Manchester, an area which has the highest number of lung cancer deaths among the under-75s in England. It has proved so successful it is now being introduced across the country.